Inades-Formation Chad, Inades-Formation Cameroon and their partners have launched the implementation of the project to support the strengthening of the resilience and peaceful coexistence of the Lake Chad Basin communities.

This is a cross-border project to support the resilience of youth groups through the entrepreneurial development of market gardening and fishing in a secure environment, by learning, adopting and innovating production and market access instruments.

Its objective is to support the most vulnerable populations in seven districts/sub-prefectures of Cameroon and Chad to organize and take collective measures for the security of their territories, peaceful coexistence and the improvement of their livelihoods.

Agriculture, livestock, fishing and trade (internal and cross-border) constitute the main means of livelihood for this population, mainly the populations living along the Logone River in Cameroon and Chad.

In this rural border area, households face food shortages due to climate change. The area is experiencing either droughts or floods, which disrupts agricultural and livestock production, a climate threat compounded by the insecurity that reigns in the region, following terrorist acts.

The outcomes of the project will be:

The project is implemented in the districts of Kousseri, Logone Birni and Mora in Cameroon, and in the sub-prefectures of Loumia, Logoun Gana, Ndjamena Fara and Mani in Chad.

The target group of the project is young people living in the three districts and the four sub-prefectures.

The project’s partners are:

9 April 2018/by Marcelle Achi
https://www.inadesformation.net/wp-content/uploads/2017/06/Sensibilisation-de-masse-sur-les-méfaits-de-l’alcool-chez-les-jeunes-Tchad.jpg 708 945 Marcelle Achi http://www.inadesformation.net/wp-content/uploads/2017/02/logo-if.png Marcelle Achi2018-04-09 10:27:372018-05-17 12:07:26Launching the Project to Support the Strengthening of Resilience and Peaceful Cohabitation of Communities in the Lake Chad Basin 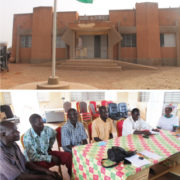 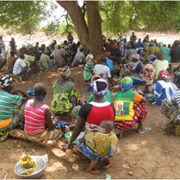 Nearly two decades of support for the decentralization process in Burkina F...