Yet, these crops have great virtues – globally recognized nutritional values, therapeutic values, cultural/traditional values. These are also resilient food crops growing on poor soils, tolerant to climate change, etc. Finally, family farmers, especially women, are the custodians of a vast amount of knowledge and know-how accumulated on these products in the area of enriched farming practices handed down from generation to generation, recipes for cooking “local dishes” and the preservation of agro-biodiversity.

In fact, the concept of “sovereignty foods” stems from these characteristics of resilience, knowledge and know-how accumulated on seeds, cultural techniques and recipes for cooking. Because of these characteristics, family farmers are sovereign, outside the patented seed circuits, less dependent on imported fertilizers and chemical inputs, and have control over their knowledge and know-how. In short, the crops preserve the sovereignty of African countries over their food systems! Visit of a sorghum field

In view of the above, the promotion of food sovereignty in African countries necessarily requires the repositioning of “sovereignty foods” at the heart of their food systems. It is in this spirit that Inades-Formation initiated in early 2017 the “Program to support the development of food systems based on family agriculture for an adequate, healthy and sustainable food supply for the populations of Sub-Saharan African countries.

Through this program, which mainly aims at promoting “sovereignty foods”, Inades-Formation continues to serve the common good, contributing to the enjoyment by all of the right to adequate, healthy and sustainable food. The bean, a legume of sovereignty 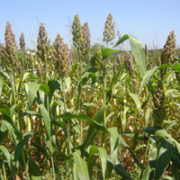 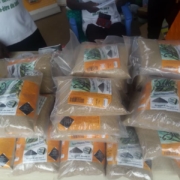 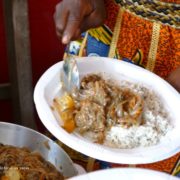 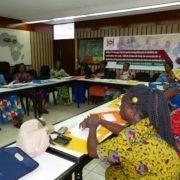 France withdraws from NAFSN: agribusiness is not the cure for hunger!
Scroll to top