Participants in the subregional workshop on agricultural finance sharing 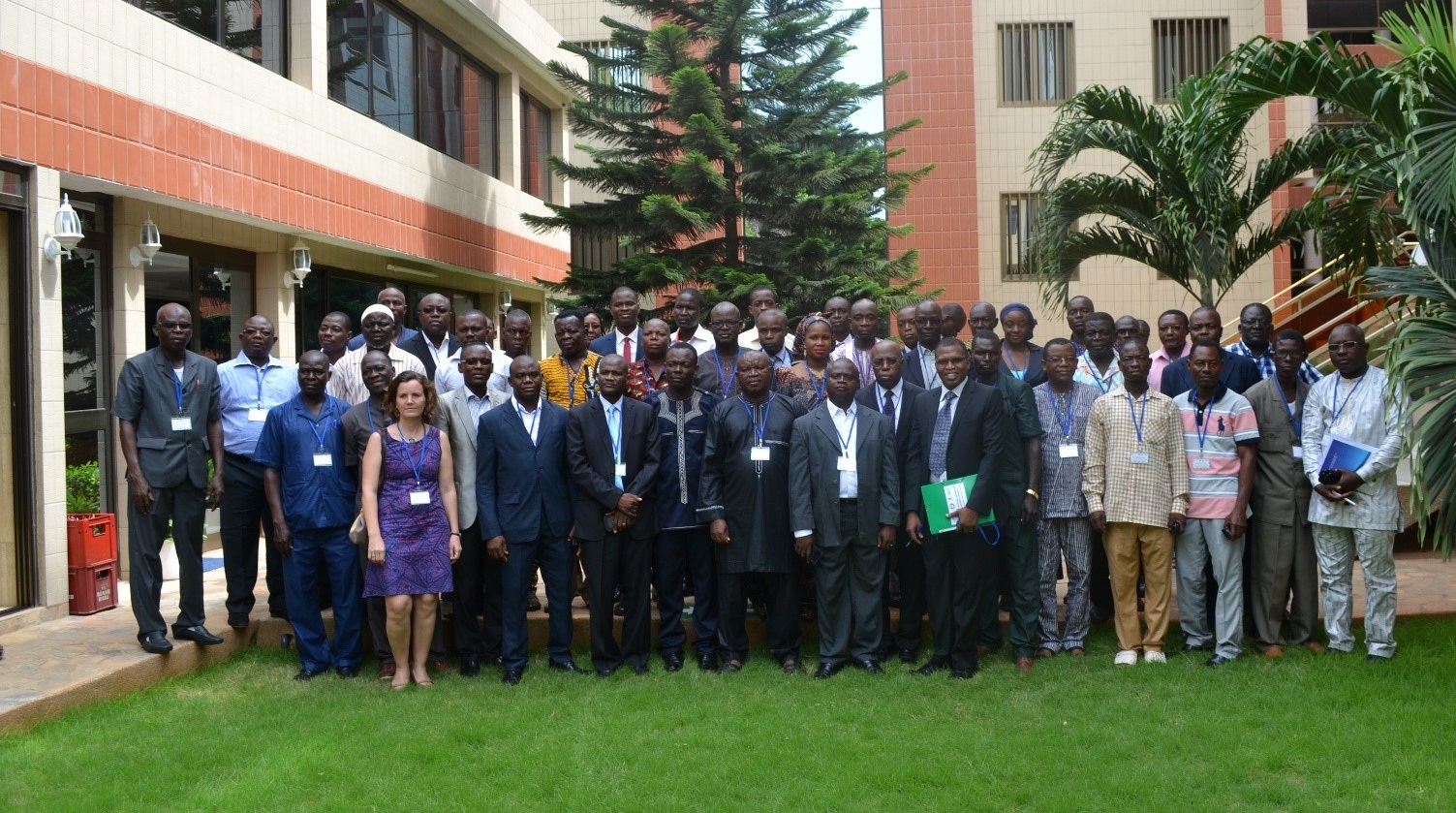 A subregional workshop to share the capitalization project on the innovative partnership for the access of small producers to agricultural credit in Togo was held on Tuesday 11 and Wednesday 12 April 2017 in Lomé.

The objective is to disseminate and share the results of this experiment with a view to identifying the scaling and advocacy axes for better access to agricultural finance for West African producers.

This subregional meeting on the financing of family farming was organized by the African Institute for Economic and Social Development-African Training Center (Inades-Formation Togo), in collaboration with Agronomes et Vétérinaires Sans Frontières (AVSF) , FUCEC-TOGO and the Central Grain Producers of Togo (CPC-Togo). It brought together agricultural professional organizations and decentralized financing systems from Burkina Faso, Benin, Mali, Côte d’Ivoire and Togo. There are also various other actors from NGOs, state and sub-regional institutions.

The meeting was part of the capitalization project on the innovative partnership for the access of small producers to agricultural credit in Togo, financed by the ECOWAS Regional Agency for Agriculture and Food (ARAA) The PASANAO program, a project implemented by Inades-Formation Togo and its partners AVSF, FUCEC-Togo and CPC-Togo. The partnership was initiated on the project to support the cereal sector, which Inades-Formation Togo, AVSF and CPC-TOGO implemented between 2010 and 2011, to allow access to input credits and warrantage to Small grain producers. This partnership, which brought together CPC-Togo and two microfinance institutions (FUCEC-Togo and WAGES) with the support of Inades-Formation and AVSF, helped to support thousands of producers throughout the country . On the basis of the results obtained, all stakeholders considered it beneficial to capitalize on this experience and to disseminate it at the subregional level. The workshop also allowed Togolese participants to benefit from the experiences of other countries in the financing of family agriculture. This is so that in the end they can define levers on which future actions can be built.

In opening the meeting, the representative of the Minister of Agriculture, Livestock and Water Resources, Mr. Nomagnon Koami Messan, said that the eradication of hunger is more than ever a real challenge for the world is confronted. According to him, it is necessary to mobilize the energies and forces to define levers on which to base the development of agriculture. “Family farms provide the basis for the sustainable production of food and services that contribute to food security and food sovereignty,” said Sena Kwaku ADESSOU, Director of Inades-Formation Togo. However, in spite of the measures taken by the Heads of State in Maputo to allocate a minimum of 10% of their national budgets to agriculture, efforts still need to be made to implement the financing of agriculture, especially family farming. The representative of the Executive Director of the ARAA / ECOWAS, Mr. Septime Houssou-Goe, reiterated his agency’s commitment to accompany all partners who wish to contribute to the promotion of agriculture.