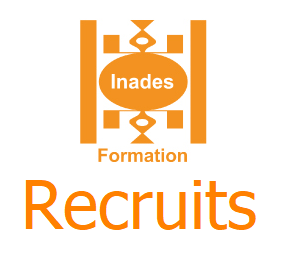 Inades-Formation Tanzania is a Non-Governmental Organisation (NGO) that works for socio-economic advancement of disadvantaged and marginalized rural communities (women, men and youth) organized mainly into voluntary groups. It is a member of the Inades-Formation network, a pan-African institution working in a network in ten (10) African countries and operational in Tanzania since 1989. The organization delivers its services through direct outreach training in the target areas/villages and by Correspondence Courses (CC) across the country. In achieving the socio-economic advancement of rural communities, Inades-Formation Tanzania has recently been working mainly in the areas of agriculture, soil and water conservation, food sovereignty and marketing, rural finance, community development, gender, nutrition, community health promotion, natural resource management, entrepreneurship, adaptation to the effects of climate change, livestock and advocacy for effective citizens’ engagement, in partnership co-operation with various donors, Bread for the World (BftW) being a main donor.

The organization has implemented programmes in various locations in Tanzania, including Dodoma (Kongwa & Mpwapwa Districts), Morogoro (Kilosa district), Singida (Ikungi and Singida rural district), Songwe (Mbozi district), Mbeya (Mbalali district), among others capitalizing on its approach of Stimulating and Accompanying Alternatives in Development (SAADEV) based on seven foundations which are solidarity, sustainability, control citizen, redistributive economy, equity, opening to the others/respect of the differences operationalized through Action-Research-Training (ART).

Inades-Formation Tanzania is implementing a three years’ project on “Adaptation to Climate Change for Improved Livelihoods in Semi – Arid Area, Chemba and Kondoa Districts of Dodoma Region, Tanzania” since July 2019, funded by Bread for the World (BftW), Germany which will end in June 2022; hence necessitate to conduct final evaluation to assess achievement, challenges, lessons and come up with recommendations. The overall goal of the project is to contribute to climate change adaptation and mitigation capacities for improved livelihoods of rural communities in Kondoa and Chemba Districts. To achieve this goal, the project focused at strengthening capacity of beneficiaries in the two districts to cope with the uncertainties, effects and impacts associated with climate change so as to be able to build and scale up their own strategies to cope with the changing climate and empowering them to effectively adapt to its effects and improve their livelihoods.

The project is being implemented in six villages of two Districts of Dodoma Region i.e. Kondoa (Mauno, Salare, and Keikei villages), and Chemba (Waida, Isini and Gwandi villages) as well as rural and urban correspondence courses beneficiaries working outside of the project areas. The project has six components, namely:

1. Community awareness and advocacy aimed at empowering communities to take positive actions on issues related to policy engagement in environment by facilitating the development and use of environmental by laws for safeguarding the environment.

2. Agriculture with emphasis on increasing the resilience and adaptive capacity of community members for reduced climate change effects and promotion of agricultural practices that promote resilience to climate change.

3. Promotion of livestock keeping and marketing aimed at strengthening alternative livelihood options through engaging in viable livestock businesses which contributes in increasing production and enabled farmers to adapt to the effects of climate change through improved livestock breeds of chicken.

4. Enterprises/Village Savings and Lending (VSL) by increasing saving habits and capacity of farmers to access capital for income generating activities through promotion of VSL groups for income generation through investing in businesses which contributes in supporting their livelihoods in case of failure in other non-farm activities.

5. Environment conservation through increased capacity of community members to engage in sustainable practices of environmental management for improved livelihoods through mobilization and use of use of energy-saving stoves to reduce the pace of trees cutting and conserve the environment.

6. Cross cutting issues on gender with emphasis on bringing fair relationship between women and men in families so that both benefit equally and inequality is not perpetuated, community health promotion and (HIV/AIDS) mainly aimed at increasing the number of people in the communities checked their HIV status for reduced HIV transmission as well as Correspondence Course through disseminating knowledge so that subscribers are experiencing increment in production.