The National Platform of Action for Family Farming in Côte d’Ivoire (PANAFCI) organized, from March 25 to May 10, 2019, two information and awareness raising tours for family farmers and CSOs on the scope and implications of major policies, laws and programs for the development of the agricultural sector and the implications.

A total of 459 farmers and civil society organizations participated in information and awareness-raising workshops on the scope and implications of major agricultural sector development policies, laws and programs in Côte d’Ivoire.

These workshops, initiated by PANAFCI, aimed to increase family farmers’ knowledge of the different various legal and regulatory systems that govern their field of activity and thus contribute toa better participation on their part in the formulation and implementation of these systems.

Indeed, the Ivorian agricultural sector is governed by a set of legal and institutional mechanisms designed to ensure its development. Thus in 2015, an Agricultural Orientation Law aimed at organizing the country’s agricultural policy was adopted. However, these mechanisms are little or not known to the main actors in the agricultural world made up of family farmers who live in rural areas.

These men, women and families, farmers and family farmers, are the basis of nutrition in both villages and cities, even though they are ironically the most deprived of the economic system and seem to have no possibility of recourse.

This situation challenges PANAFCI, one of whose objectives is to build the foundations and spaces for dialogue between public authorities and family farmers on the one hand and between the latter and the various development actors at the national and international levels on the other.

The tours took place on March 25, 27 and 29 for the first phase, in the cities of Daloa/Haut-Sassandra region; Bouaké/Gbêkê region and Abengourou/ Indénié-Djuablin region; and for the second phase on May 06, 08 and 10 in the cities of Bondoukou/Gontougo region, Yamoussoukro/District of Yamoussoukro and Gagnoa/Gôh region.

In addition to members of the host regions’ platforms, each workshop brought together representatives of producer and civil society organizations from neighbouring regional platforms.

The workshops also recorded the participation of administrative authorities and technical structures.

The workshops enabled participants to familiarize themselves with and understand the contexts in which the various legal and regulatory instruments governing agriculture were drafted, the objectives of these instruments, the measures taken to implement them, the status of program implementation and the obstacles to implementation.

After each presentation, participants discussed the texts in relation to their reality and proposed measures to improve and better implement agricultural laws, policies and programs.

PANAFCI member organizations are committed to participating in agricultural development at the local, regional and national levels.

There a was general agreement that the workshops were very rewarding for all. Administrative authorities and representatives of technical structures participating for the first time in a PANAFCI activity welcomed the initiative to which they were pleased to have contributed.

Gallery Photos of the tour 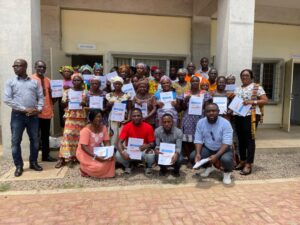 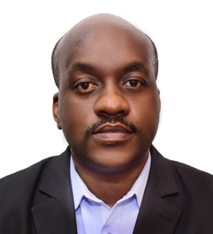