Inades Formation Burkina, in its support to the decentralization process, helps Civil Society Organizations (CSOs) to become aware of their role in the decentralization process through awareness-raising, training and advisory support actions. Thanks to this support, the beneficiary organizations ended up perceiving their importance and their role in local governance. They are organized in a network to defend the rights and interests of the populations by carrying out influential actions through advocacy and interpellation.

The creation of the CSBs and their mission

In its support to the decentralization process, Inades Formation Burkina, after awareness-raising, training and advisory support actions to raise the awareness of Civil Society Organizations (CSOs) and their involvement in local governance, supports the setting up of Grassroots Monitoring Committees (CSBs).  CSBs are therefore networks of civil society organizations whose role is to monitor the implementation of public actions and policies at the local level.

Thus, forty CSBs have been set up, five (5) in the Northern region and thirty-five (35) in the Central Plateau region.

The mission of these CSBs is to:

Ensure the monitoring, mainly through the involvement, identification, actions and public policies implemented in the locality;

Collect information on the status of implementation of public actions and policies;

Monitor the implementation of public actions and policies;

Call on decision-makers in case of needs on the implementation of public actions and policies;

Serve as interlocutors for local decision-makers;

Gather the needs of local communities and defend their interests;

The Ouindigui CSB, a good example of commitment to local governance

The CSB of Ouindigui, a commune in the northern region, was set up in 2016.  Since its establishment, this committee, comprised of more than ten associations, has actively participated in the management of public affairs in the commune of Ouindigui and has on several occasions defended the interests of the local population. The activities conducted by the Ouindigui Grassroots Monitoring Committee include:

Exchanges with the communal authorities to understand the reasons for the blockage in the subdivision operation;

Denunciation of a case of diversion of medical equipment by an agent;

Reporting on cases of nurse misconduct;

These various denunciations and interpellations are often carried out in a well-organized framework, such as the meeting held at the end of the year between the municipal executive board and the members of the CSB.

In addition, on its own initiative, the CSB often participates in municipal council meetings. These sessions are held once every quarter. To abide by the rules of good conduct of the organizations, the CSB holds once every 6 months a general assembly with all its members in order to assess the activities and plan for the future. 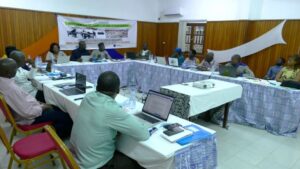 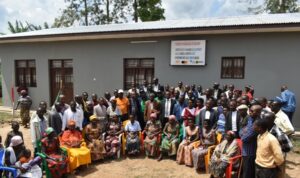