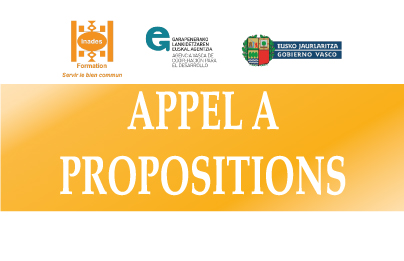 Objectives of the call for proposals

The call for proposals has the following objectives:

Lead actors/coaches3 eligible to apply for this call for proposals

Countries concerned by the project

How to submit your proposal

Send the experience presentation form (see point 5 in the TOR), along with the following administrative documents:

The file should be sent by e-mail to the following address: appel.propositions@inadesfo.net

For further information, please send your requests to the following address: pascal.baridomo@inadesfo.net

Deadline for sending the file: 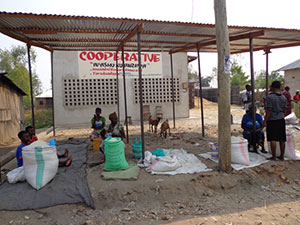 Launch of Self SIM in Burundi

Towards the development of a new service by agricultural cooperatives to benefit local communities
As part of the development of agricultural collective Entrepreneurship (ECAGRI) Inades-Formation Burundi accompanies producer cooperatives in coffee chains, tea, rice, corn, beans, cassava, banana and honey to develop services to benefit their members and local communities.

As an illustration, the MBONERAMIRYANGO cooperative Giheta in Gitega province, develops for the benefit of local communities coffee pulping, transport and storage of agricultural products. And processing of cassava into flour.

This is also the case of cooperative INYISHUKUBARIMYI Maramvya in Bujumbura, which offers its members access services to seeds and inputs, agricultural storage and husking rice.

In addition to these services, Inades-Formation Burundi, with the support of the General Secretariat has just completed from 06 to 07 July 2016 the launch of the Information System on the market self-managed by the stakeholders (Self SIM) on commodities (rice, maize, beans, bananas, cassava and honey) in the provinces of Gitega and Bujumbura in collaboration with cooperatives of the targeted provinces.

This new SIM will be raised by stakeholders stakeholders including agricultural cooperatives. Indeed, 30 cooperatives and unions are targeted as well as traders / buyers of the 22 relevant markets which will be taken into account in the SIM. Cooperatives are empowered in the management of markets, market collectors will of cooperative members and each collector will be supported by his cooperative.

During the accompaniment phase, Inades-Formation Burundi will manage the SIM CPU (electronic platform for information dissemination). And in the accompanying processes, stakeholders will be sensitized to the constitution of a SIM support base that will support the operation of the CPU. The feasibility and modalities of implementation and management of this fund were analyzed during the workshop activities.
The SIM, in addition to disseminating information on the prices of targeted products, will also play the role of an agricultural exchange. Indeed, it will:

With the development of self-directed SIM in Burundi, agricultural cooperatives will increase the services available to local communities. 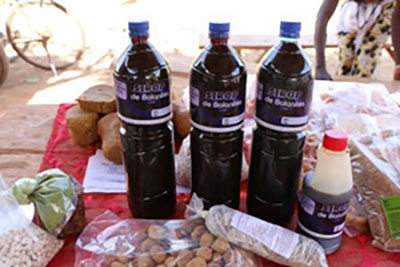 Very often sold raw, food crops relate very little money to women. Processed, they improve the menus and to strengthen the economic power of women. From 05 to 07 February, Inades-Formation / Burkina received a mission of his partner Inter Pares. Together they visited several organizations.

Members of the mission team

The National Bureau of Inades Training Burkina Faso received a visit from his partner Inter Pares. After exchanges to frame the purpose of the visit is to finger the realities of the beneficiaries of two projects, including the project “food sovereignty” and that a study on Bt cotton.

Cape is therefore on Tchériba, a village located 180 km from Ouagadougou, on the axis Koudougou – Dedougou. The delegation is composed of Francis N’gang, Secretary General Inades Training; Aline Zongo, Director of Training Inades Burkina; Boukari Ouangraoua, in charge of “sovereignty Vivres” project; Therese Kondombo, responsible for study; Eric Chaurette and Patricia Charest Inter Pares. A Tchériba, the delegation was received by thirty women Benkadi group.
Before you start trading, the team followed a demonstration of the preparation of sesame caramel. During the exchanges, Marietou Traoré, president of Benkadi group, said she was honored by the visit. She thanked New Field for their financial support and also wished a longer collaboration with Inades-Formation / Burkina. The visit ended with the monitoring of the marketing to the small market where women usually sell their products at the roadside, near the bus station Tchériba.

After the exchange, management Dédougou 50 km from Tchériba. A Benkadi Lome, another organization has 80 members woman who received us. The mobilization was the great days. The delegation was able to see women in processed products such as syrup and soap balanites, couscous, donuts, cookies, soap operas cowpea. Activities of transformations carried out in the framework of the “food sovereignty” that they found beneficial for the diversification of food in households and especially for their income. However, they deplored the fact that cowpea production has not been good for most members of their organization. The purchase price of cowpea is also low where debt producing at the structure which has awarded them the inputs for production.

The mission also met UGAP (Union of Agricultural Products Marketing Groups of Loop Mouhoun). The team exchanged the Union with more than 200 members and its mode of operation.

Other locality visited, Koumana in the rural commune of Bondokuy Department. During discussions with the research unit on cotton, farmers have succinctly stated the results of their research on conventional cotton and Bt cotton. It appears that over time, the BT cotton has lost its profitability due to the high cost of seed, insect attacks on cotton and the number of processing to be performed in the field. So, Bt cotton appears to them as a failure. But the question at their level is that of cotton seed since they occur in cultivating Bt cotton despite them that the company who supplies seed virtually imposes its choice.

After the Mouhoun loop, the delegation went to Bobo-Dioulasso, 360 km from Ouagadougou. There she met the learning professional Claire Logis school. Some residents participated in a holiday camp organized by Inades kitchen-training on the preparation of African rice. Following this activity, some of them were able to experience these dishes at home. Exchanges with the school also focused on the possibility of working together to promote local foods.
To close the loop, the delegation tasted bread sesame-based Boromo. This bread is the work of the women’s group Fasognantaga. Besides bread, women sesame caramel. They would have the equipment to produce sesame oil, explained Ms. Traoré, president of the group. To produce more bread, they need to extract more sesame oil, she said.

The mission of the rest allowed the team of Inter Pares, Patricia and Eric Charest Chaurette to soak up some of Inades Training Burkina Faso activities.
For them, the transformation and the promotion of food sovereignty could be an interesting way to develop joint projects. The other part was pressing work for the promotion of local seeds which ar